As a group, we strongly believe in working with local charities and businesses. We want to give back and be regarded as part of the local communities we are in. We support a whole range of ventures that both our guests and team are passionate about and will continue to do so.

Since opening in the town, Tony Macaroni have always supported Livingston FC from the stands and in the form of a corporate partnership. In 2015 Tony Macaroni proudly announced a large sponsorship with the club where Almondvale was renamed the Tony Macaroni Arena in a joint venture that would see our restaurants firmly on the Scottish football map. A year later we furthered that commitment with a 3 year shirt sponsorship deal that would support the club through a crucial time during which they saw that key promotion to the premiership.

Over recent years Livingston has worked through some trying times but now see a great deal of deserved success. The team completed an amazing feat in having 3 consecutive promotions to return to the top flight in Scottish football where they now maintain mid table positions and are known to steal points from the bigger clubs on a regular basis to the dismay of many of our other Tony Macaroni restaurants! During this period of success that would see them get their first premiership appearance since 2006, they comfortably won league one by a staggering 19 points in 2017 before going onto securing second place in the championship 2017–18 and qualifying for playoffs. Qualifying for the Premiership play-off final, they faced Partick Thistle, who escaped automatic relegation in their final game. Despite this, Livingston won 3–1 on aggregate, and returned to the premiership where they belong.

The team are regularly spotted in our restaurants fuelling up pre game whether home or away with our wholesome, healthy food and in turn we have named it “Go Fasta Pasta”. We like to think the secret to their success is our amazing food but in truth it is down to the hard work and dedication of the players and club staff.

In the 2019/20 season Livingston adorned the new away kit with brilliant #spaghettihad. Twitter has given us many gifts but the description of Livingston’s Tony Macaroni Arena as the #spaghettihad is surely it’s crowning achievement. Let’s hope the club follow in the footsteps of Manchester City’s huge success at the Etihad Stadium and that the team maintain their sense of humour with the best Scottish football patter this year.

Our partnership with Livingston FC is testament to our relationship with the community where we have been serving the best Italian food to locals over the last decade. We are proud to be associated with such a great team and just as proud to have their stadium named the Tony Macaroni Arena. Our team in the restaurant put their heart and soul into making sure the players, staff and fans are well fed for the games and look forward to our ongoing relationship flourishing and celebrating as the team go from strength to strength. 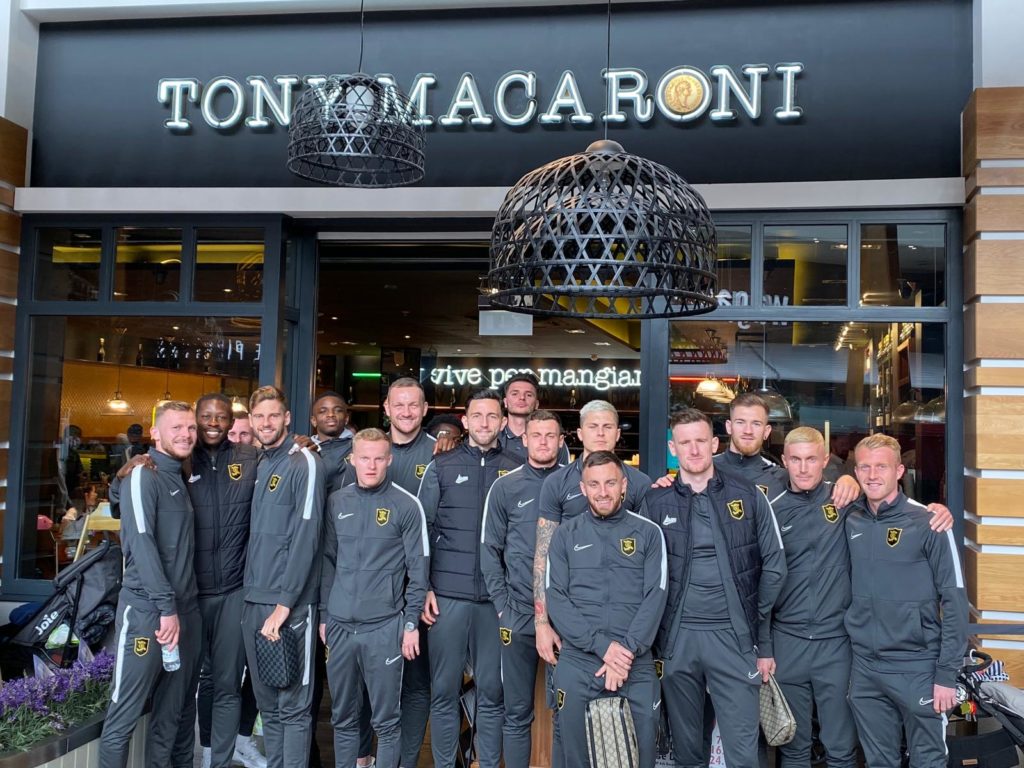